Tranquil. Peaceful. Calming. Elegant. The term the Japanese use for a Zen garden is “karensansui” and it means dry landscape. To achieve this look, a merging of gravel, rocks and boulders are used to create a vision that represents islands and mountains surrounded by an imagery of flowing water.  A Zen Garden is not a Japanese Garden. There are differences in the two. A Zen Garden will not include a pond, but a Japanese Garden typically will.

One of the benefits of installing a Zen Garden is its stress reducing capability. During the 6th century, Zen Buddhist monks created the first Zen Gardens to assist in their practice of meditation. Today, many people have found that you don’t need to be a practicing Buddhist to reap the benefits of a Zen Garden. Once installed, it does require a certain level of upkeep, but it has been proven that the maintenance involved also has calming effects. 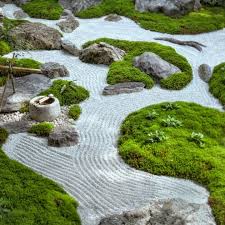 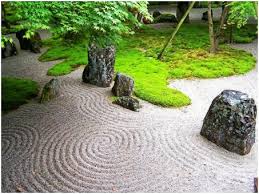 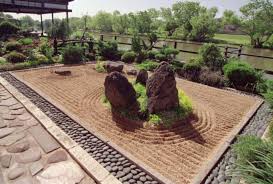 The raking of the gravel and the placement of rocks is an integral part of a Zen Garden. The direction and style of the raking represents the flow of water. A spiral style of raking is representative of the ocean. Placing large upright or vertical boulders within the garden represents trees. Boulders and rocks with arching, non-uniform shapes are placed to represent the element of fire. 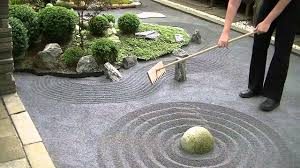 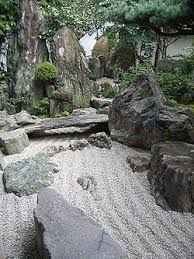 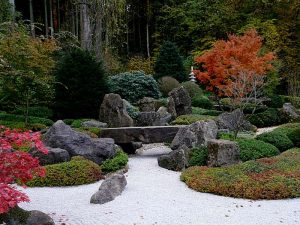 There are several elements that can assist in providing a calming effect in a Zen Garden. The inclusion of a small bridge to help invoke the feeling of flowing waters. Lanterns and sculptures are often added to the garden, but it is the stone and rocks that are the most important elements. It’s biggest benefit, other than its natural beauty, are its stress relieving properties. 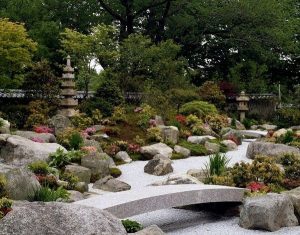 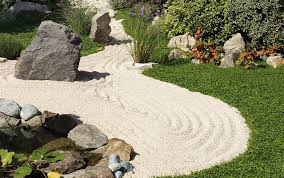 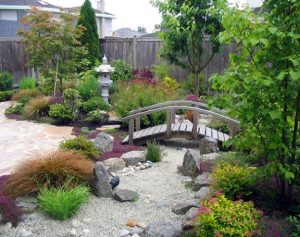